WD positions themselves on the circle on the side that the throw in is taking place, leaving enough room either side to move left or right for ball.

GD will position themselves out side of circle, at top half of third, on the opposite side of the court to throw in.

C will position themselves in the middle of the court on the transverse line.

WD will receive pass left or right depending on which side their WA positions themselves.

After WD receives pass from GK, GK will back up for second pass by leading to the top of the circle.

When GK receives pass at the top of the circle, GD will cut down the court into the centre third to receive the next pass.

When GD receives pass in centre third, C will cut down the middle of the court to receive the next pass from GD.

If throwin is taken on the other side of the post, same set up but in reverse. 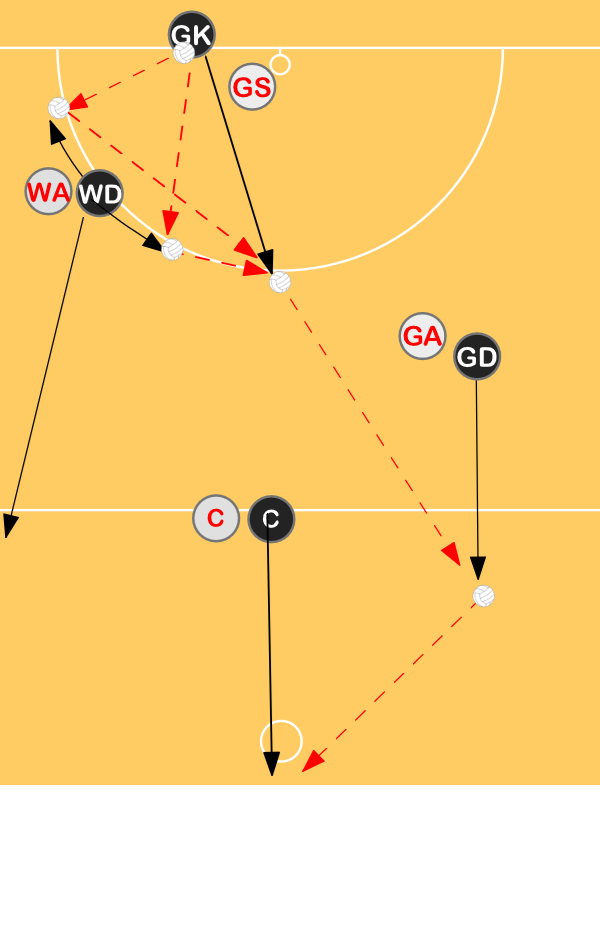