Players in even numbers on 4 corners, with 2 people in the middle.

Two balls. One goes around the outside of the square from corner to corner. The second ball goes in and out to the players in the middle, going the opposite direction to the first ball

Players move to where they throw the ball 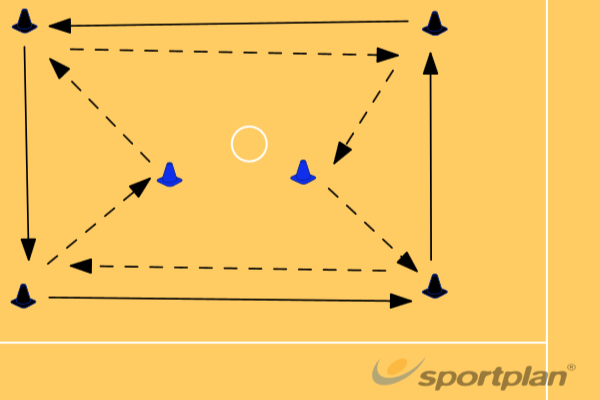 Pass round the circle drill