there are two teams a red team and a blue team

Getting to loose balls 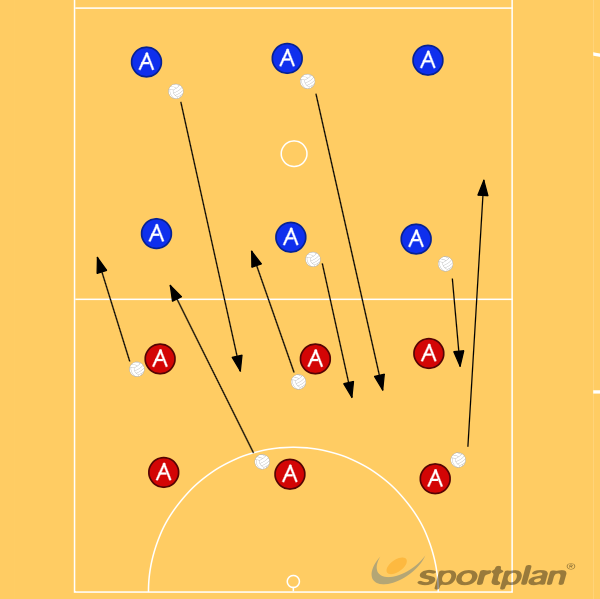 Crossover Drill with a Twist