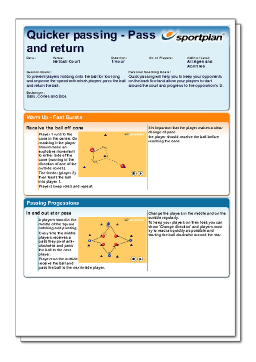 This Session has been designed to prevent players lingering on the ball and missing a good passing opportunity. To rectify this common coaching complaint we've designed a Speedy Passing Session that concentrates on quicker passing and equally fast return passing.

Sometimes your team can be their own worst enemy - they may be well drilled and technically strong but if they're slow on the ball then they will leave themselves open to attack from weaker but speedier sides. To ensure the spell of slowness isn't cast upon your team try this Session with your players and just like magic see the improvement in your team's ability to think quickly and whizz the ball around the court.

Designed to get the whole team using quick hands, this session is simple to set up and just as easy to follow, with animated drills and clear notes. All you'll need is a few cones and a few balls. Your players will need to be on the ball though, focusing at all times. They'll have to receive the pass, return the ball as quick as a wall pass to the next player and then move into space to receive their next pass.

Starting with an 'In and Out Star Pass' drill, you will need to set up two squares, a large square with a smaller one inside it. Once you have this you can instruct your players to stand on the points of the star and start the drill - seeing how quickly your players are able to receive, pivot and pass the ball around the area - it's hot potato time! After this we get your players passing and running, moving the ball one way and then sprinting to be in the correct position to receive the ball on the other side again. Your player will be thinking about where their next pass is going to before they even receive the ball.

By the end of this training you'll have a team of passing wizards who pass so quickly you'll think it's a trick of the eye! 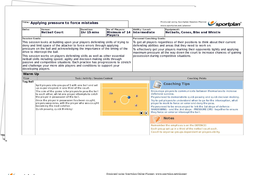 Defence is the first form of attack so make sure that your players are more than capable of defending to a high standard with this session! 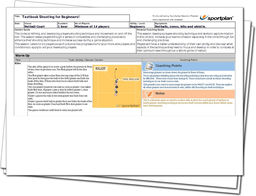 Never miss a chance again with this shooting technique session! 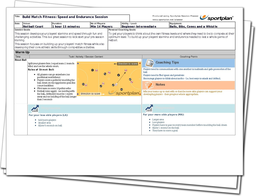 Are your players match fit and ready to put in 100% effort for the full hour? Make sure they are with this week's speed games and stamina running plan! 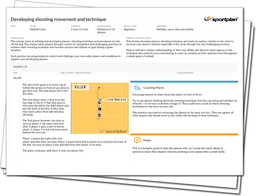 Develop your team?s shooting skills, by improving their technique and movement, with this attacking session!