Players split into teams of two. Attackers attempt to pass the ball between themselves without the defenders intercepting them within the marked area. The attackers score a point with every successful pass. Attackers aim to reach 10 points. Attackers and defenders then switch teams and try playing a different position.

Watch for the defenders abilties to intercept passes and attackers abilities to pass without being intercepted. 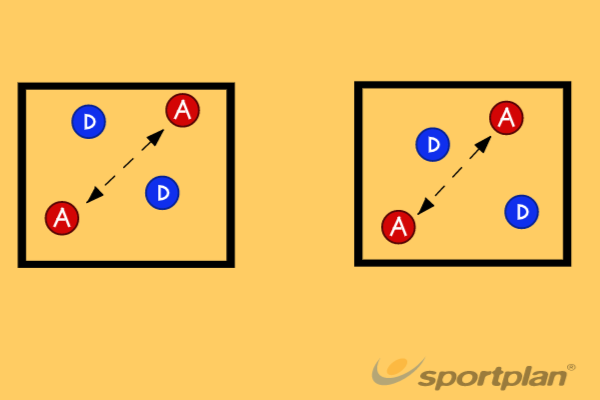 Defender in the Middle

Piggy in the middle

Timing of the intercept