WD positions themselves in the middle of the court just inside the transverse line on the defensive side.

GD positions themselves on the opposite side of the court from the throw in.

C positions themselves in the middle of the centre third.

If throw in is on the other side of the court, same set up in reverse. 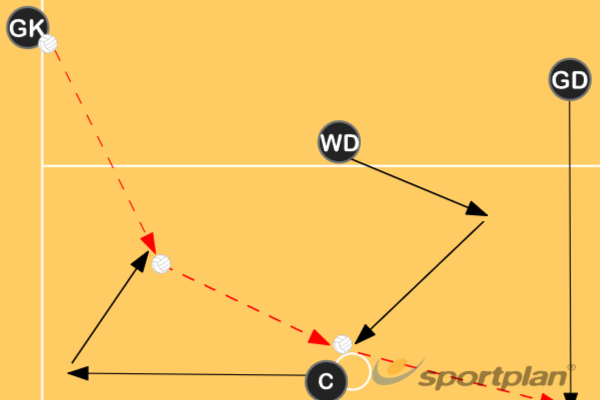