WD positions themselves at the top of the circle, just off centre on the opposite side of the throw in.

GD positions themselves in the top half of the defensive third, on the opposite side of the where the throw in is taking place.

C positions themselves in the middle of the court at the transverse line.

WD leads away from the throwin, while GD leads on the diagonal across court to receive the pass from GK.

Once GD receives ball, C leads to the sideline to receive next pass, while WD leads into the centre third on the diagonal to receive the following pass from C.

If the throw in is taken on the other side of the circle, same set up in reverse. 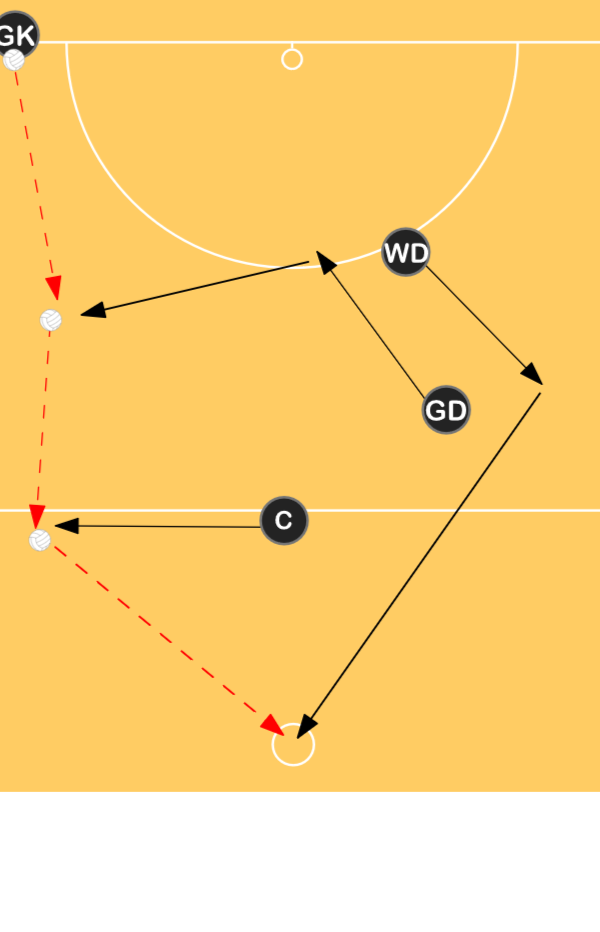