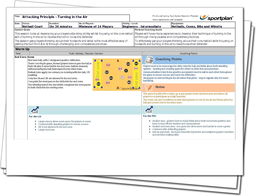 Attacking Principle - Turning in the Air!

Work on your player's attacking principles, by introducing them to turn in the air, rather than pivot with the ball - creating more space for your players!

Develop their attacking ability by focusing on one of the core Netball skills, turning in the air to receive the ball and losing their marker in the process. Get your players thinking tactically and using the most effective way to get the ball down the court, getting through a competitive situation and creating more goal-scoring chances!

Start with a simple warm up in this action-packed session, making sure your players are fully prepared and focused for the session ahead. Take your players through a number of fun and effective drills, such as Super Star Drives, to get them used to turning in the air, rather than pivoting on the ground. Make sure that your players are using the correct technique, so that they are able to perform this skill on court. It's important that your team are able to communicate with one another, as well as using core Netball skills such as agility and footwork, to help your players develop this skill.

By able to turn in the air, your players are using one fluid movement to lose their marker and receive the ball, rather than starting and stopping. Use this session today to hand your players the advantage on court! 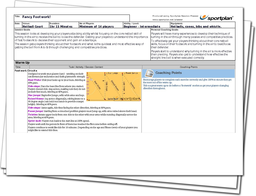 Show off some fancy footwork on court and go on the attack with this session! 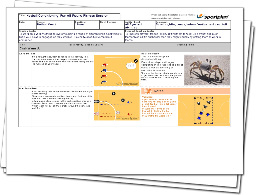 Flexibility, speed, plyometrics and fundurance - work on all of these systems in this fun and tiring fitness session! 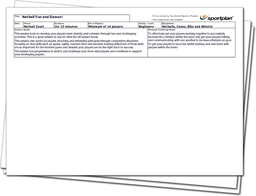 Get your team bonding and leaving training with a smile, by using this fun and games session! 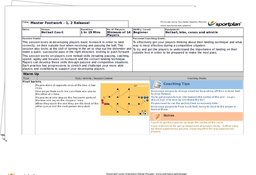 Master your team?s basic footwork and get them using the 1, 2 release with this session! 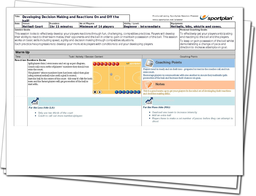 Developing Decision Making and Reactions On and Off the Ball!