All others in a line around circle edge.

First player from line (GA in the example) make a lead in and at the same time calls out a choice from:

After catching the ball (allowing the right number of bounces) they shoot from where they are. If the shot goes in, they replace the other player and it starts again from the line. If they miss then the GS must rebound, allowing the correct number of bounces and shoot. This continues until a shot is succesful.

Set a time limit overall so that the "winner" is the last shooter.

Watch for too high numbers being used as this encourages players to not actually affer a proper shot. 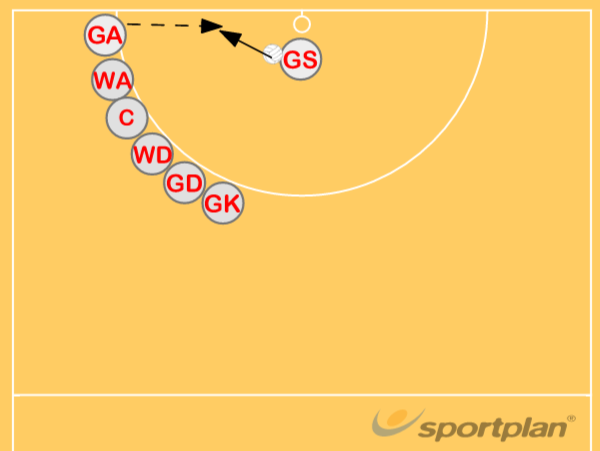 Netball drill - shooting - free for ball - the cut back

Is this the best game of Killer ever?

Top Penetration and Pass Off