Attacker driving forward onto ball from F1, at angle, receiving on the move, turning to throw onto F2.

You can have several attackers working one after another in turn

Progression: Add in a defender, relatively passive to start, building intensity, but staying man on (to intensify drive rather than intercept ball)

The ball needs to be received ahead of the driving player, so they catch it on the move; placement of ball and timing of the run are both key!

Driving player (especially if waiting in turn) should be on their toes throughout, ready to move.

Keep feet under the body, and no leaping onto the ball. This way, you are ready to send the next ball on in a  balanced an controlled manner.

More able players should be turning in the air (away from their defender) so the next pass can be an even quicker release. 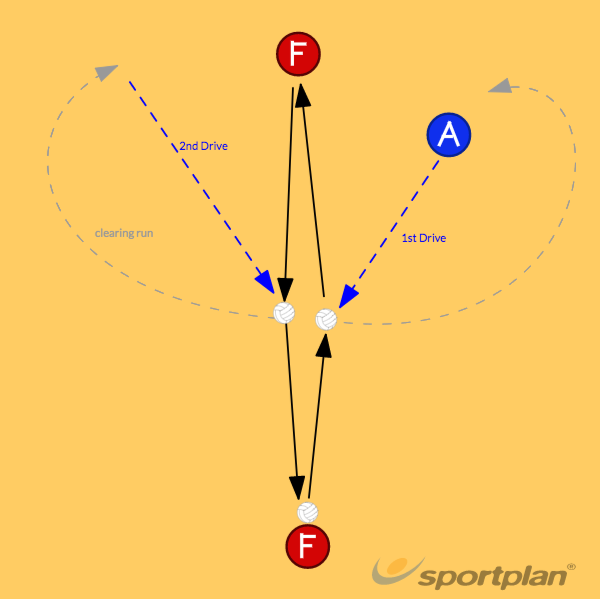