Once the attcking team have got up and down the alley twice then swap teams over and repeat. 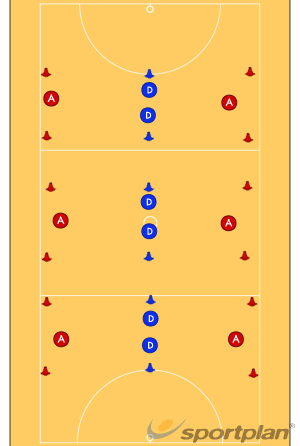