Both WD and WA come out for centre pass, GD only comes out if needed.  GA does not come out, but times run into the circle.

WD receives centre pass, then feeds it to C who cuts straight down the middle. C receives pass, GA leads into the circle and GS leads out of the circle then cuts back into circle. C has two options - Pass it to GA on the fly, or lob a pass into GS on their return. Non-receiving shooter boxes out for rebound.

Timing - C and WD need to work quickly to ensure that ball is feed into circle on arrival of GA.

GA and WA should position themselves on the inside of their opposing players for centre pass set up.  This enables them to either cut off their defenders, by leading out; or allows them to get the jump on their defenders by leading in.

WA and C should be at 45 degree angle on the circle to each other at all times.  They should not leave circle edge until ball has gone through the net, or there is a turn over.

Once ball is released into the Attacking third, WD and GD should position themselves on the transverse line, dropping back only when the ball is turned over and heading back down the court. 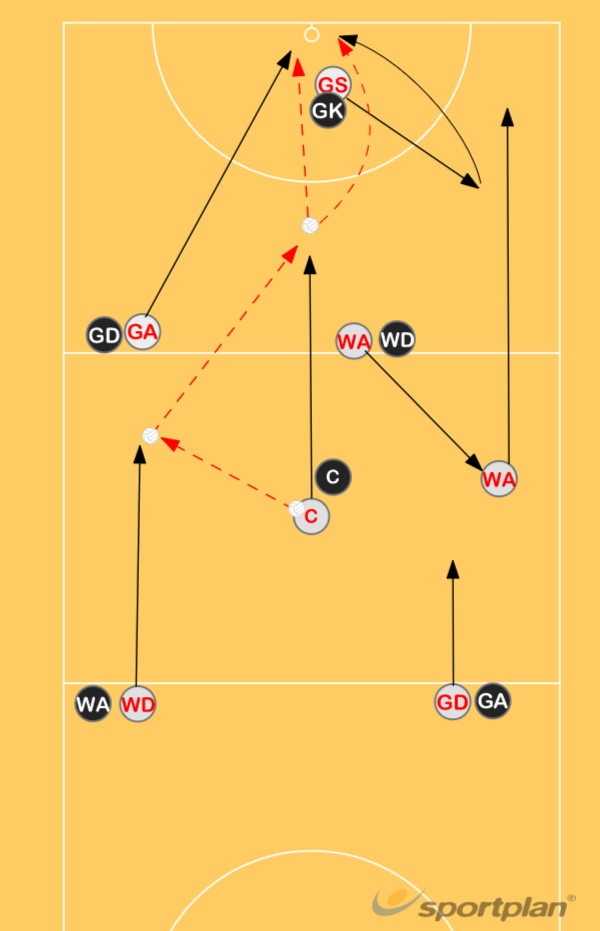 Other Goals and Wings Movements