Discuss and demonstrate the different types of defence techniques. 1on1 in front, 1on1 behind/side, 2on1(sandwich), defending space. Find out what type of defence that the defence and shooting players use. (if any)

with one ball and 2 shooters move between the cones as shown passing/receiving the ball using the person on the outside of the circle. Ensure the person on the baseline is calling the shots...ie baseline/drive/top/side ect and the person at the front follows the instruction.

Playing in a smaller space pass between each other until ball is lost to other team by an intercept, held ball, ball is passed or caught outside the designated area, or a player goes out of designated area.

if area feels to constrained then double space to half the 1/3 but no more.

2 on 1 centre breaks. Feeder passes to attacker who has to get away from 2 defenders (one centre one WD/GD). repeatx5 and rotate.

Pick 2 defensive players and one attacking (rotate after 2 mins). One defender has the baseline area and the other has the top half of the circle. the baseline defender is in charge of calling where the player is going and where the other defender needs to go to pick them up. The attacker moves around the cones trying to get away from defenders and break for a pass. 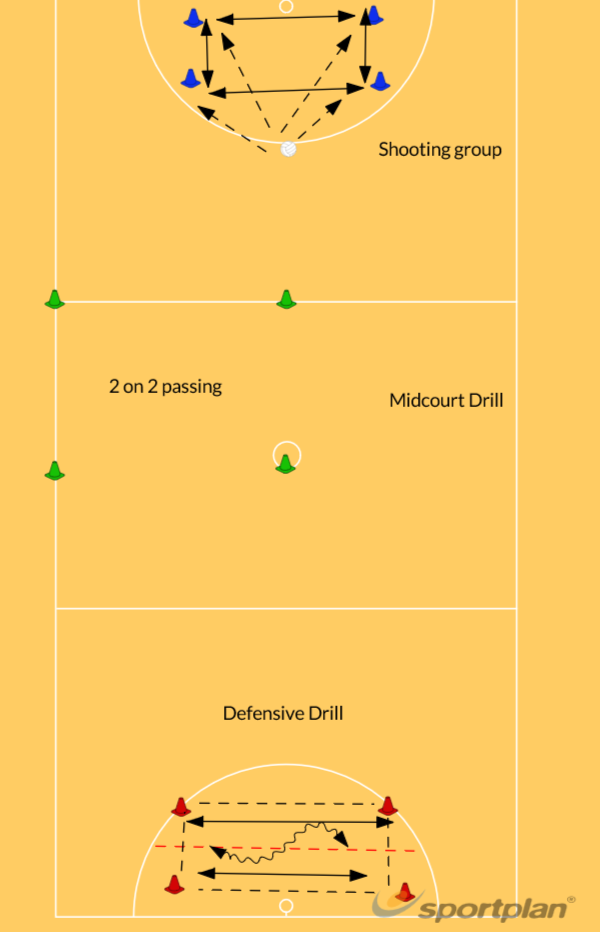