Blue Players just stand still and are seen as the defenders.

When the coach yells "POP" the first red player will jump as high as she can and then when she lands, choose any direction and drive towards it in a diagonal line and receive the ball from the coach whilst either turning in the air or landing on her outside foot and turning inwards. When she has caught the ball, the second red player will then "POP" and receive a ball from the first player and so it goes on.

When the line is complete, teams change around and the blue team will have a chance to "POP"

This teaches players not to jump into a direction as it will show her defender where she plans on going. Jump, land and then decide which direction. 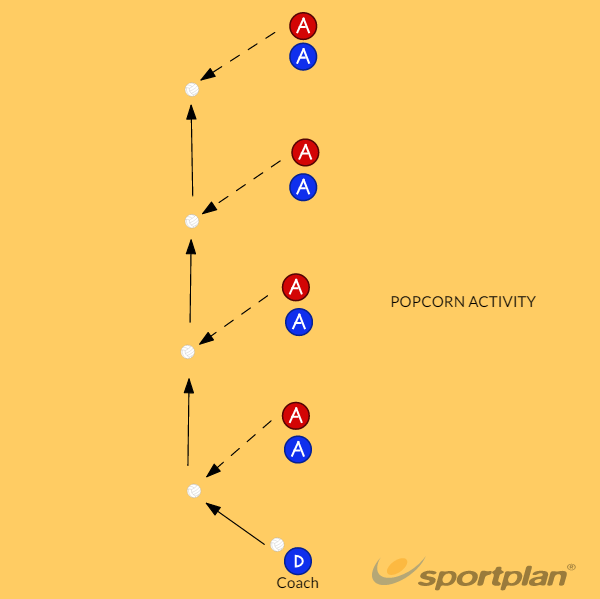