Two rows, one of attackers, one of defenders.
One attacker and one defender start behind the transverse line.
On the whistle the attacker tries to get over the line and to one of the cones.
The cones are worth different points.
Blue cones worth 2 points as these are near to where we would ideally want first phase ball to land. Orange cones worth 1 point as further away and wider.
The idea is to pick up the cone and gain the most points.
Each player has 3 goes and adds up their points then swap roles.

N.B. You can work both ends of the court if a large group. Cones need to be stand up soft sponge cones, or something similar such as water bottles.

Black cone worth 1, Green worth 2.

Blow whistle, race to the cone 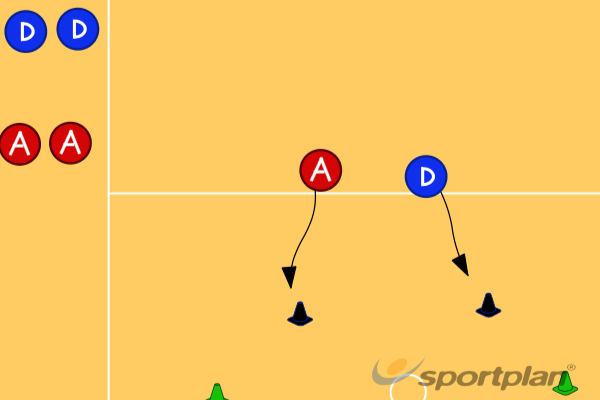