A normal game of rats and rabbits progresses into:

- The team that is running away (let's say rats) picks up the netball from the sideline, and proceeds into a normal netball game (2 players from each team allowed in D, no other positional restrictions)

- Any rats that are caught become rabbits and are therefore defenders.

- Reset game once shot has been taken 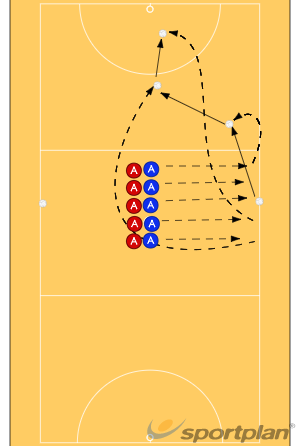