Players in 2 equal teams, play across a third. Their aim is to bounce the ball into one of their hoops. Gain a point for each time ball goes in the hoop.

Once hoop is scored or if ball is intercepted, the defending team then becomes attacking team and tries to score a hoop on the opposite side. 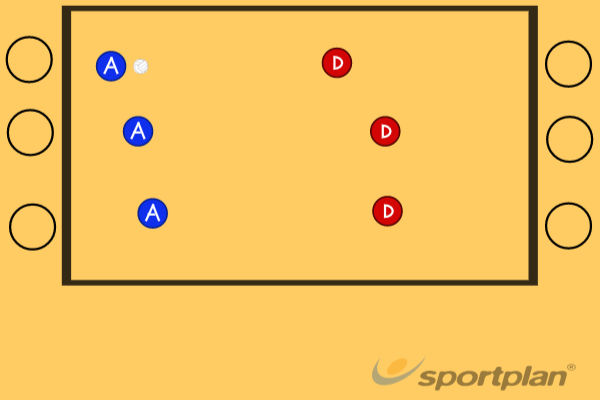