Split teams for half court set up each

Attacking ball movement/sequence - C to WA to GS to GA

Defense players allow pass to be received and delivered, then block and shadow attacking players to impede their path to goal circle.

Once an attacker gets around the side of a defender, the defender must turn and run with them, looking to intercept any pass coming into their attacker.

Aim: To teach defensive players to shadow and block, to teach attacking players to work hard to get around their opposition

When shadowing defenders must keep their backs straight and their arms to their sides.  If they lean or have their arms up they will contact their player. 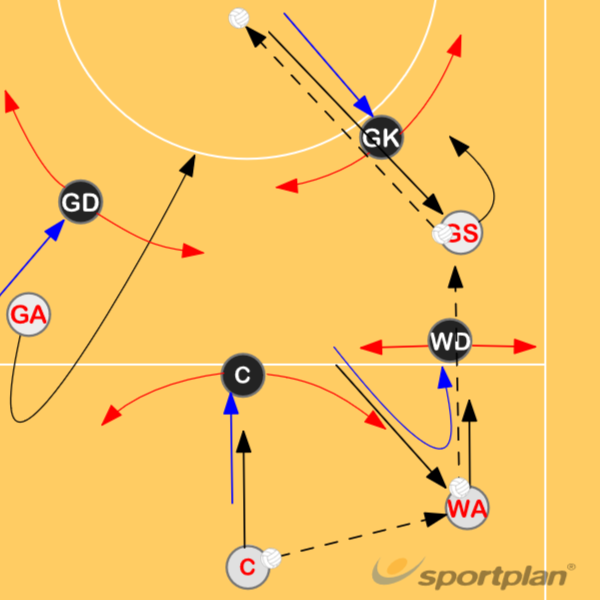