In groups of 3 players pratice boxing out on a 'Shot!' call.

In 1-on-1 scenario players battle for the rebound.

Set Up on either side of the key and shoot from near the key up to the elbows.

Encourage good shooting mechanics on shooter by allowing them to stay as shooter if they hit the shot.

Defender and Offensive player set up on the "weak side" to maximize potential for rebound.

Focus by Defender should be on their mark while "sneaking a peak" at the player with the ball.

Proper footwork on "Shot!" call and making contact with their mark using their hips and arms out wide to create "rebounding zone".

Play the ball off the rim. 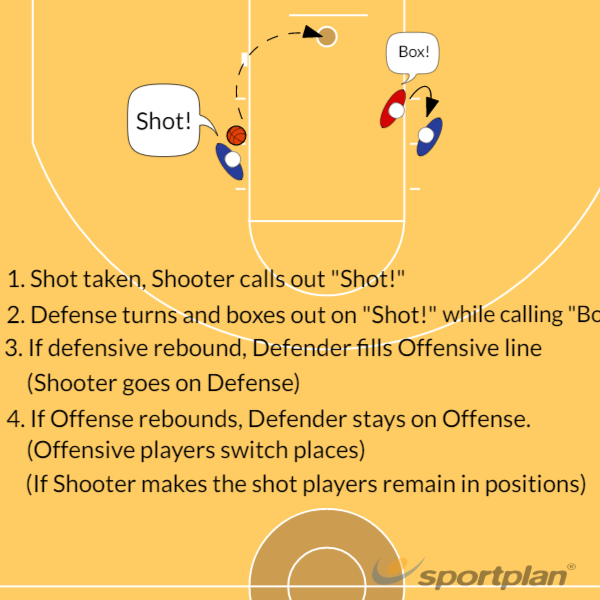