Player who makes touch must drop to knee and isn't allowed back in game until 2nd pass has been made.

If Player Latches early in tight support options available are for 2nd player to rocket through (fire) and can't be touched by Player that made initial touch. OR they choose to go to ground (Ice) and seal tightly with an early latch the defence have to drop off a metre before returning to game. Or if player manages a fend he can lift to player, nearest player cannot make touch.

Skill Break out zone: 3 channels with 3 gates repeated twice. 3 players pulled out. Players to pass and follow player through gate to receive a pop/lift. 4 times off the right/ 4 times off the left. Encouraging players to straighten up and follow the pass. Latch on to player going through the gate. Could make this with one as defender. 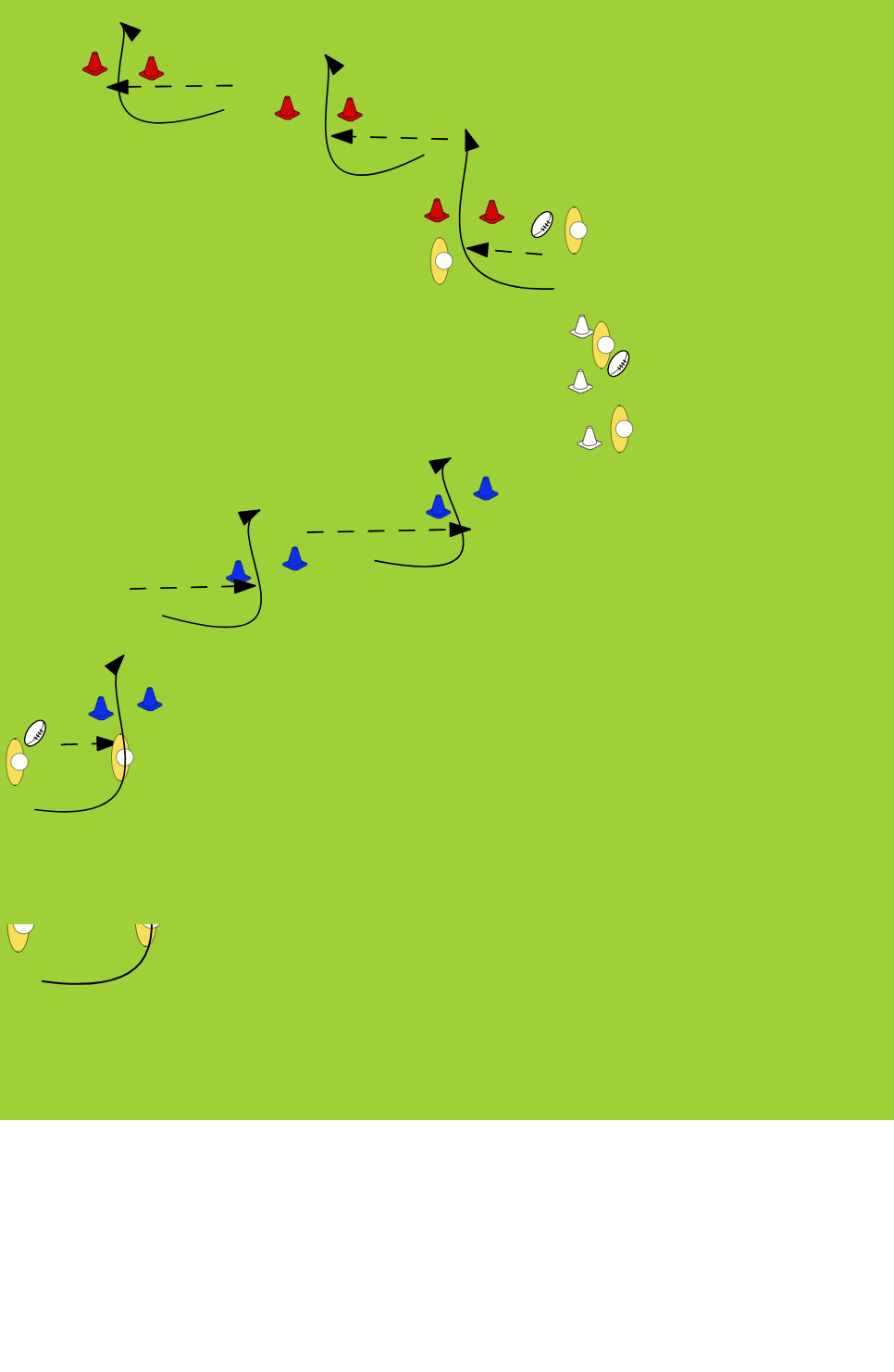