Divide your team in 2 groups(attack/defense). Set up 20m*30m square(s.diagram), use different coloured cones for the sidelines to call the defenders to run around. Set up a simple passing grid with a different coloured cone on each corner halfway of your square for the defenders to run from. The Attackers lie down at one end and on your call start to attack alone or in pairs or trios. The called defenders run past their colored cones and try to stop the attack(touch/tackle optional as you like).

For example: you call one, yellow five... first attacker picks up the ball, a defender from the yellow cone runs around the first yellow cone and the second attacker runs onto the pass and tries to score.

The support runners can do physical exercises like push ups, burpees, short sprints or animal walks before joining the first, to create more stress or different levels of support. 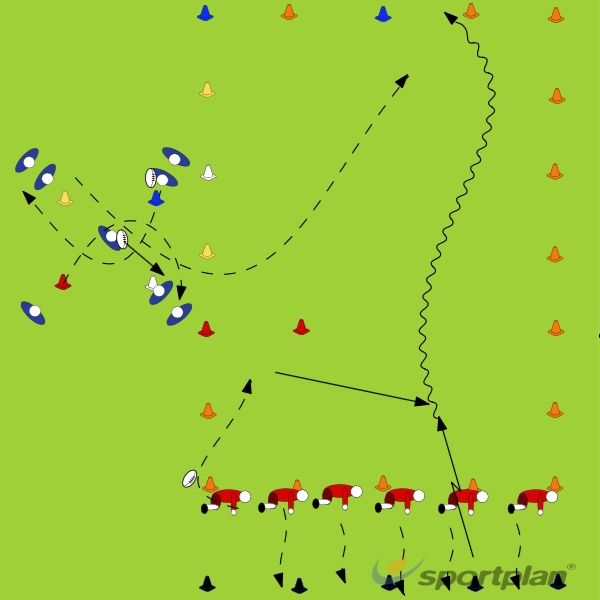