Using half of a full size pitch, split the players into 2 teams. The place one team as attacking upon the 22nd yard line, whilst the other team of defenders split between the the try line and the half way line (also a try line).

The attacking team has 5 minutes to attack to score as many tries as they can.

If a defender makes a touch, attacking player goes to ground and presents ball, nearest 2 cover the ruck with scrum half to recycle ball.

Team attacks one way until.

b) ref calls knock on or ball goes forward

Once each team has attacked. Brief the team as ask questions on how it went. 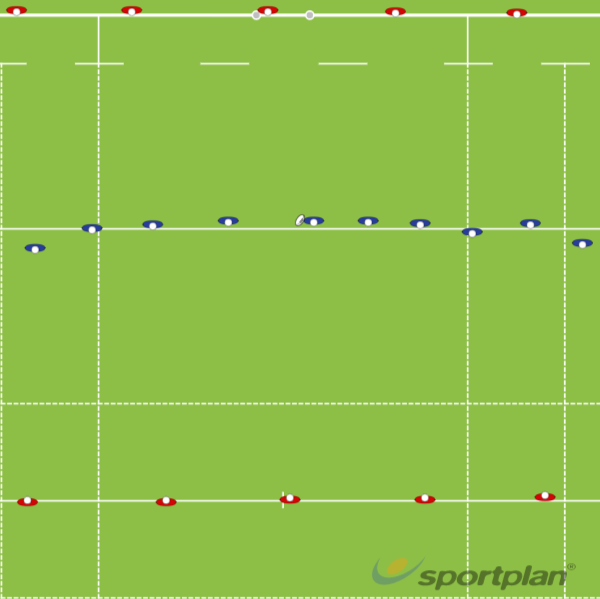