The goal of this game is to stop the Red ball carrier scoring in the try area.

In order to do this, you will need to use 1 of 3 different tackling techniques (front, side or rear).

You set up a large area with 3 different coloured cones on 3 of the 4 corners and a starting position for the attacker in one of them.

If blue is called, the defender on that cone would be trying to intercept the attacker and make a side tackle. 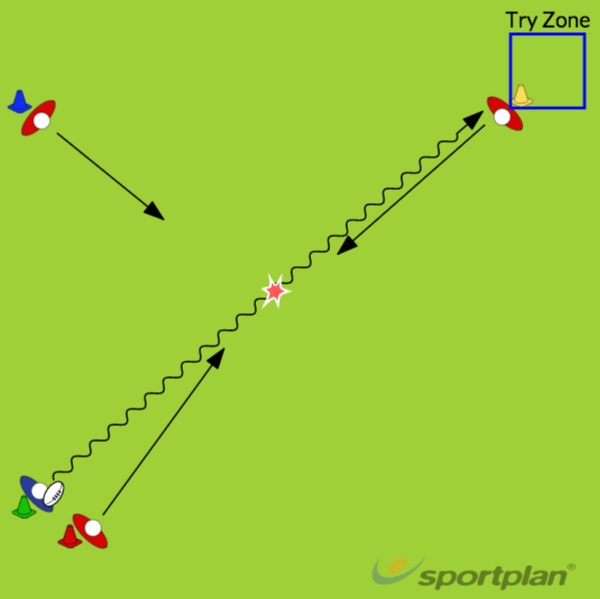