2 equal teams in the circle and lots of balls on both side lines. The coach calls out a team. 1 of the players has to run to one of the sidelines and take the freehit. All the other players have to run to the 23 metre line before they can get involved. After each break down or shot at goal, coach calls out the next team.

Setup the defence as shown with 2 defenders inside the goal on either post.In front of them are two runners.Once the ball is injected Player 1 runs to the top of the circle, with player 2 running 3/4s of the way on their right hand side to cover the slip left. Player runs out on Player no 1s left hand side and runs level with Player 2. Player 4 comes 3 to 4 paces off the line to sweep the pads of the goalkeeper.

Long save into goal Goal keepi...

Place 5 cones on the top of the circle as shown about 5 meters between each cone. Goalkeeper stands between the 1st 2 cones and the coaches hits the goal at the keeper. Keeper  has to try and save clear the ball into the goal. Then move up to the next cones. Coach plays the ball to the keeper and the exercise keeps repeating it self until the keeper reaches the end and back.

Player 2(left wing) receives ball from the Player 1 (left midfield) and takes the ball into the zone, where the defender can try and win the ball. Just before player 2 loses the ball, he/she turns away from the RD and passes the ball to player 1. It is important that this player stays outside the 23m area and straight behind player 2. When player 1 receives the ball, he/she plays the ball to player 3, who runs towards the circle and uses player 4 + 5 to try and score a goal.<br />Every player then follows their own pass and next ball(player 3 to 4 to 5). 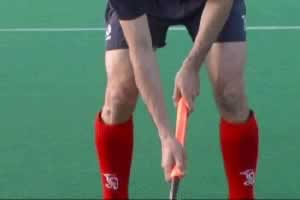 Holding the Stick<br />Place your left hand at the top of stick and right hand at the bottom of the stick. Grips will change for different skills performed. <br />When you are moving off the ball, the stick should be carried in front of the body with the head pointing to the ground ready to make contact with the ball.

Defender passes the ball. Attackers go 1 on 1 and try to penetrate the circle. Defenders priority is to stop the player getting through gate 1, then gate 2, then gate 3. The defender engages as far away from the the circle edge as possible. Work the left and right sides.

Pre-scan to create time for yourself on the ball and to spot defence splitting passes. Create players who are always seeing the game two steps ahead with this session.

Use this 30 minute hockey related Speed and Cardiovascular endurance session to supplement your next training session!

Transfer the Ball Over Distanc...

Begin developing your teams transfer by nailing the technique, disguising passes and making the right decision as to when to pass long and when to stay short.

Commit the Defender before you...

Take the defender out of the equation by bringing them closer to you. Get them to commit then move the ball on to set up an attack. 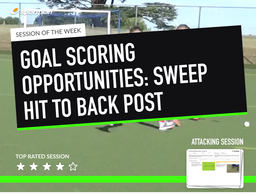 Get any shot off towards the back post, whether it?s a sweep or a push to put it on a plate for a deflection into the goal.
long corner ANSWERS
View All

Any tips for the new hockey self pass rules

Any tips for the new hockey self pass rules

The new rules - what will UK coaches be focussing on?

The new rules - what will UK coaches be focussing on most? (Living in NZ, we're playing them now!)

what are good penalty corner plays?

what are good penalty corner plays?

If a player takes a self pass from a long corner, can you tackle??

If a player takes a self pass from a long corner, can the defenders go and tackle the player straight away? or do they have to allow them to travel 5m??

Is a goal scored when the attacking team hasnt touched?

How long do you play the advantage rule? If the ball?

How long do you play the advantage rule? If the ball hits the defenders feet in the D and then you have a shot at goal playing the advantage, but you miss and the defender clears the ball. Is that the advatage over or would you pull it back for a penalty corner?

Please can you email me 3 or 4 long corner variations.

FIH format change - for better or for worse?

As of 1 September, major FIH events such as the Champions Trophy, Hockey World League Final and Rio 2016 Olympic Games will assume a new format that includes moving to four 15-minute quarters and having 40-second time-outs when a penalty corner is awarded and after a goal is scored. Do you think this a positive or negative for the future of hockey?

Set plays for attackers (such as long corners etc)?

I have a request for a session involving set plays for attackers Eg long corner, hit outside circle, etc Asked using Sportplan on Mobile

Drills for the new long corner

I would like some drills for the new long corner rules and the free hits outside the D. Thanks

Drills for the new long corner and penalty corner

I would like some drills for long corners and penalty corners and the free hit outside the D.?Thanks so much 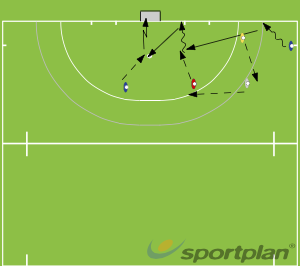 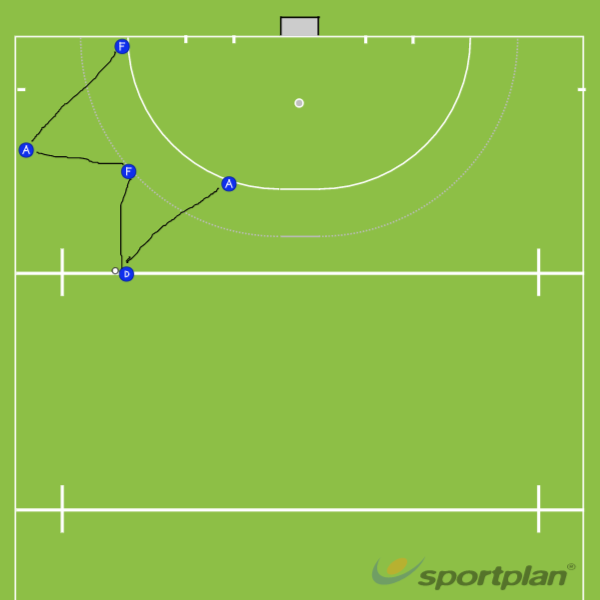 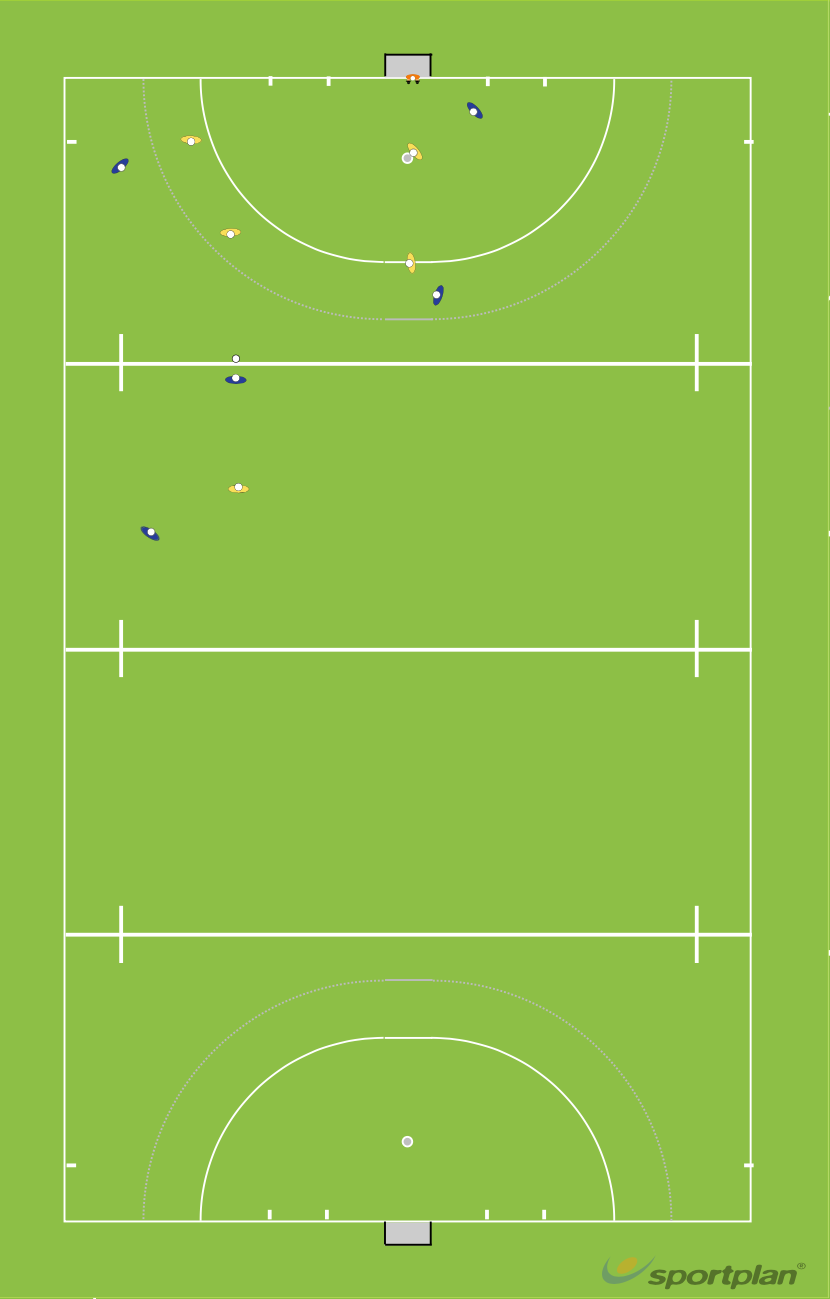 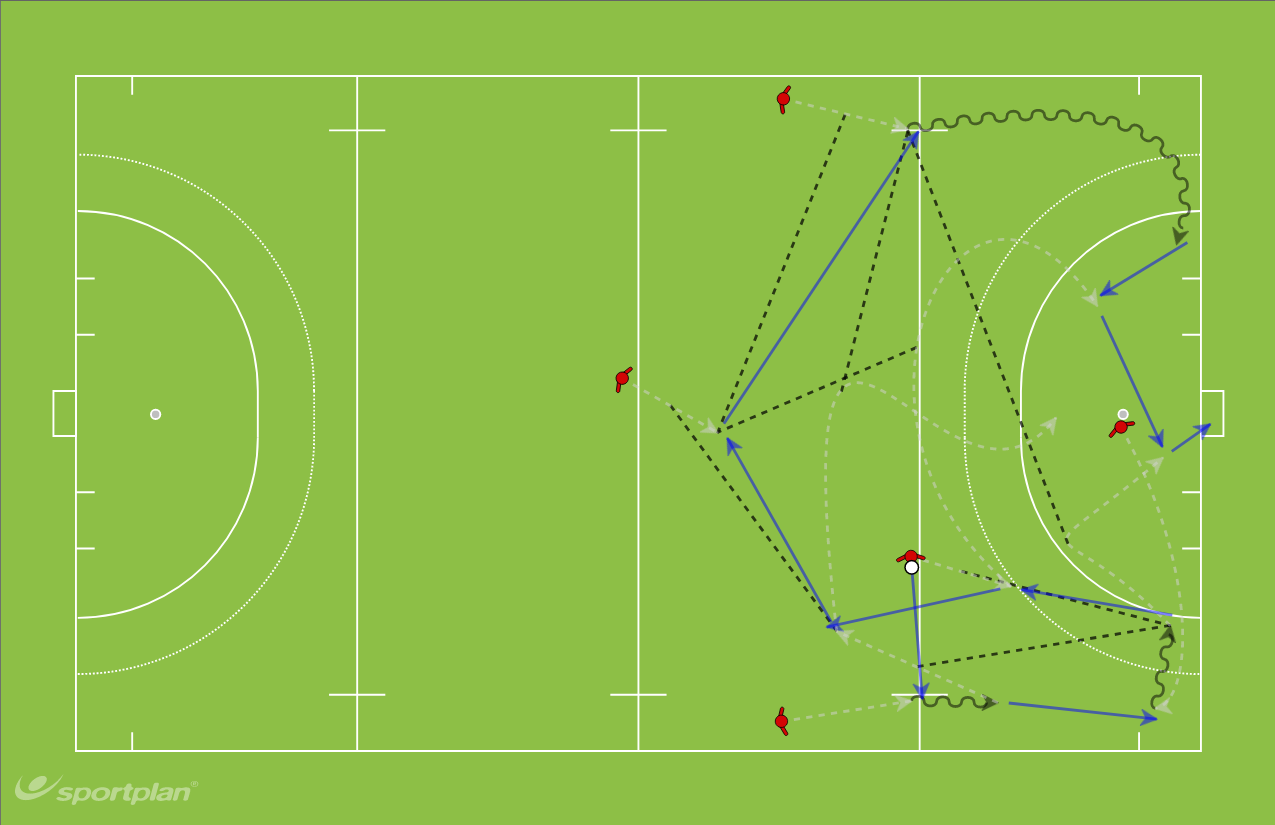 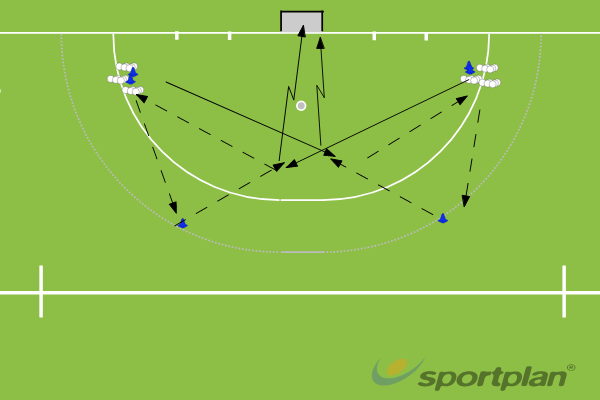 Running into space, receiving and scoring. 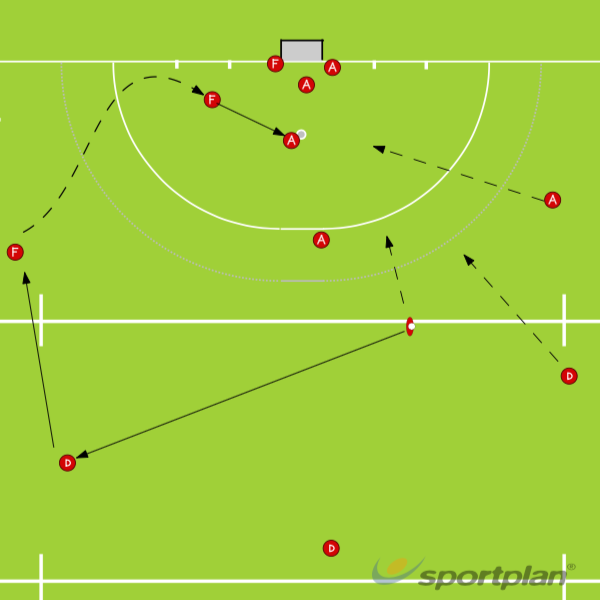 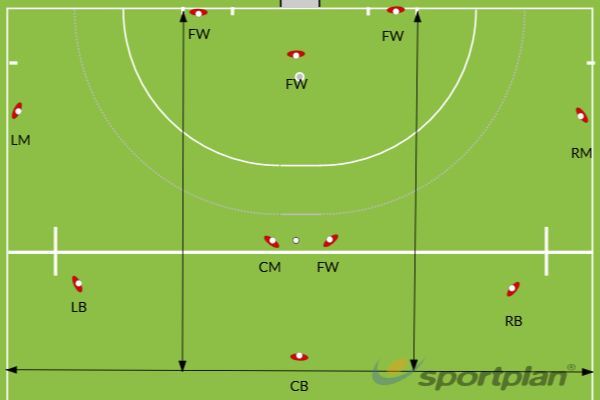 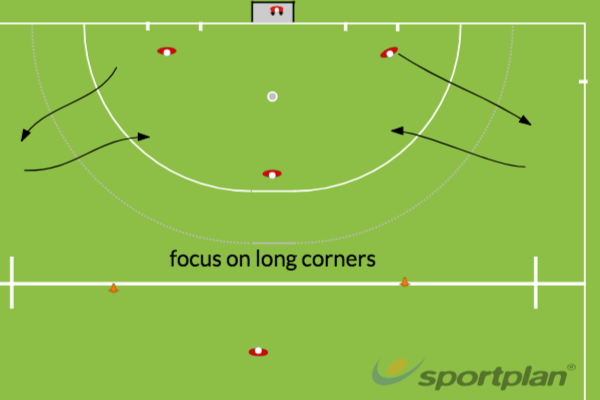 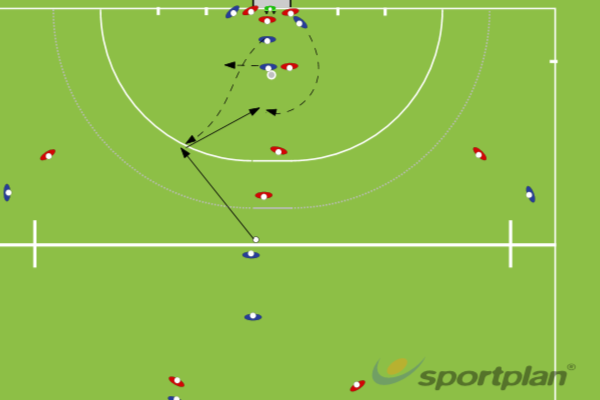 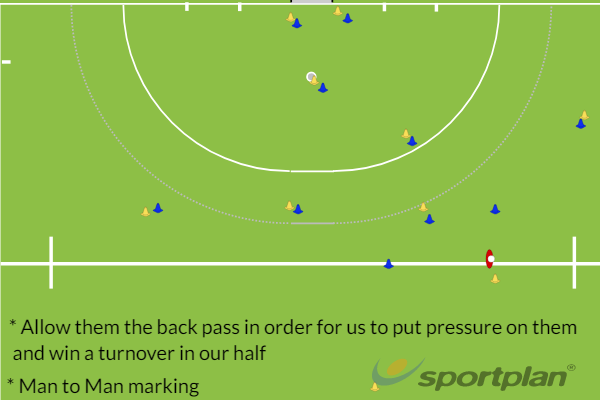 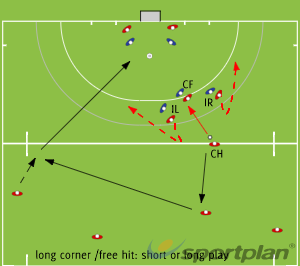 How to do a Penalty / Short Corner - Field Hockey Technique | HockeyheroesTV

The best penalty corners ever (women)

What our users have been saying...

Coaches from around the world look to Sportplan for coaching confidence.

I love using Sportplan. It's been a great help for co-ordinating hockey practice and being able to help tweak skills and getting the most out of my players!

Great site. An absolute must for coaches who are willing to change and learn new drills. Superb, simply superb.

Wow what a great website, I have found sportplan an important tool for me when planning my netball sessions with my netball team. There are alot of very helpful tips/ideas/skills that I can learn and teach to my team. Thank you sportplan I hope to continue to use your helpful tips and to learn more about improving my teams netball skills. Thanks again....keep it up....

I have been using Sportplan now for 3 years and can honestly say that I have never repeated the same session twice. My girls are always focused and are improving every year. Thanks Sportplan.

What a fantastic tool. The Chalkboard and session tools make an unbelievable difference in making training plans in both time and organization. I will be instructing all of my assistant coaches that this tool must be used for all sessions during the season, so that we may build a club coaching resource library.

I can't get enough of the Sportplan, It has given me back the enthusiasm i was starting to lose. My girls are so keen and are ready at 14 to take the next up in their game. Sportplan will help no end.