RED performs a hard cut back to BLUE

BLUE follows shot for the rebound immediately after the pass

NOTE: GREY (Next player on the low cone opposite the ball now on the weak side) immediately cuts along baseline as soon as BLUE has secured the rebound.

Cutting hard through the key and then back to the ball 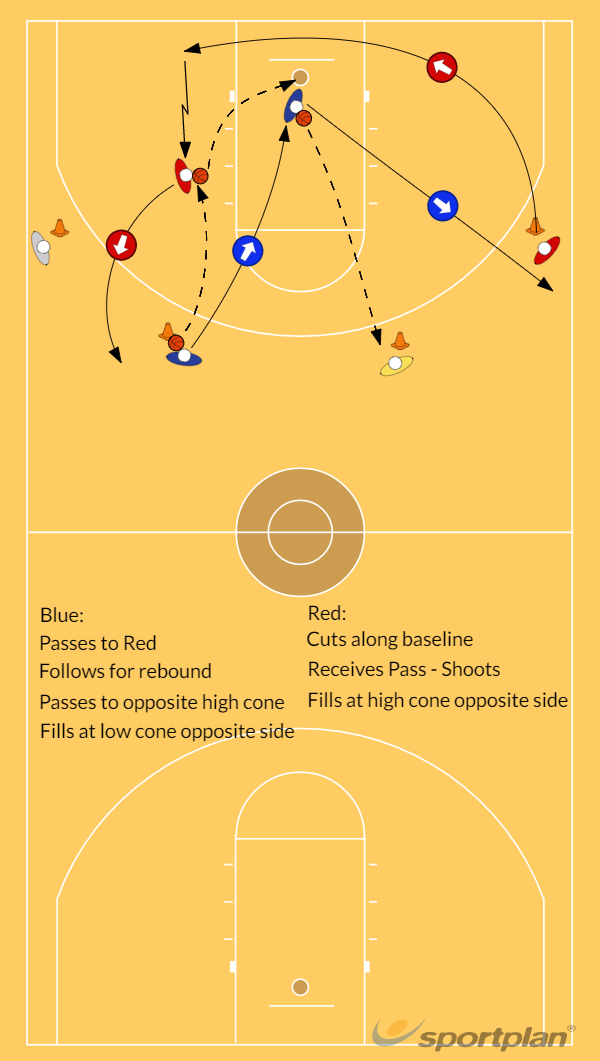