For a try. going out of bounds or a knock on, the attacking player begins again at the 10m.

The attacking team has 3minutes to score as many tries as possible.

Once the defensive side has got all their players in, they then start to remove a player per touch, knock-on, going out of bounds or try conceded. They will have a maximum of 8 and a minimum of 2 players defensively at any given time.

After 3 minutes is up, the defense and attack change to give each group a chance to attack/defend.

Create a competition between the 2 groups of who cna score more. This increases intensity between the players, promoting a healthy challenge to be better. E.g. Losing team does a shuttle or push-ups.

This is good for high intensity work-rate, with ball in hand (something players prefer instead of old fashioned fitness).

When numbers down, the defenders must jockey and bide time, making the attack continue to shift the ball. When equal numbers, the defensive side should fire / defend off the line quickly. 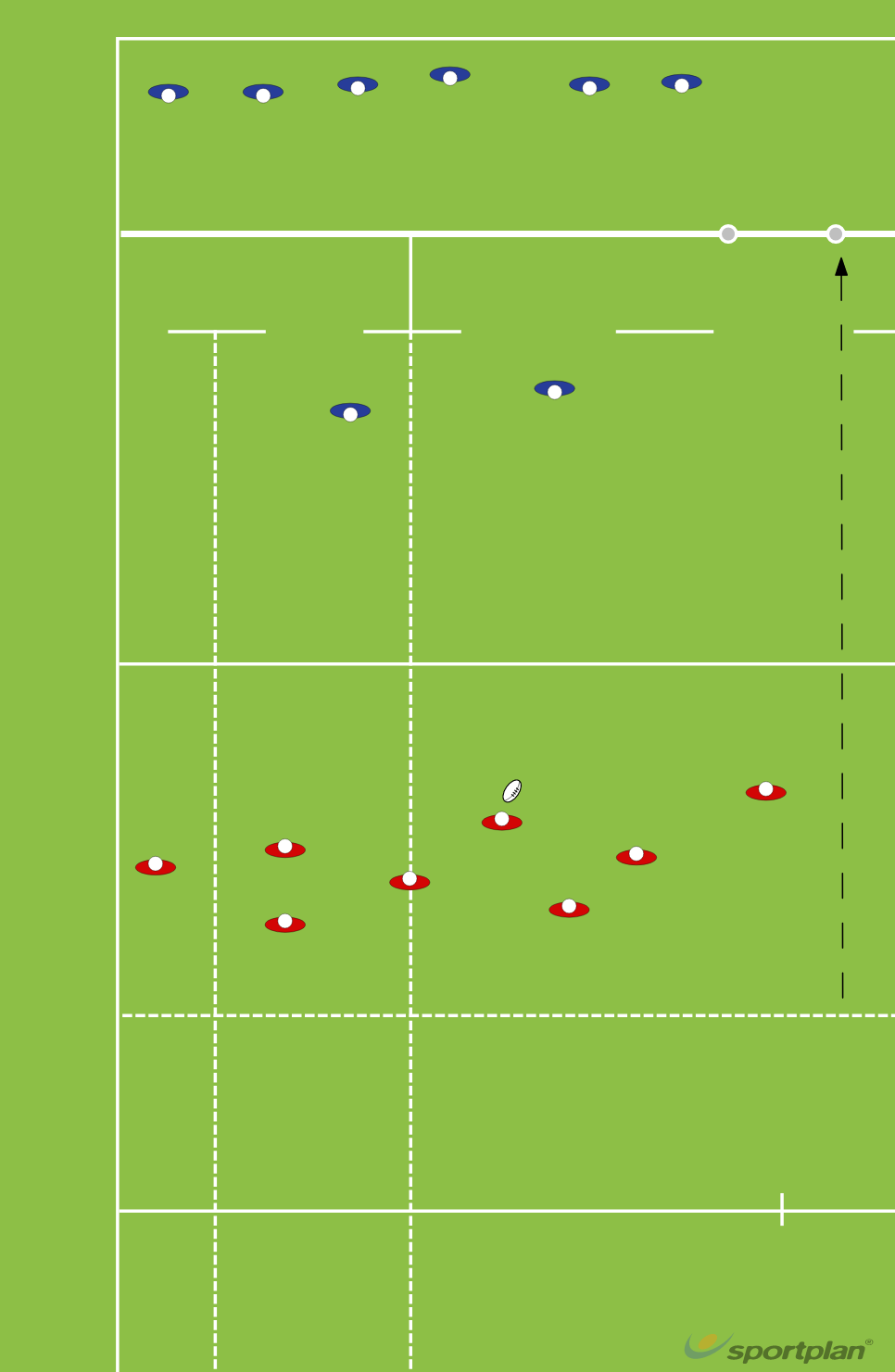