3 teams of 3 - 4 players (per team), 2 (attacking) teams line up at each corner of the grid on the same line, with the defending team lined up in the middle of the opposite grid line. The attacking team must score a try by completing at least one pass, the defender tries to get a tag from the attacker in possession to stop them scoring a try.

Rotate the teams so each has a go at both attacking and defending. 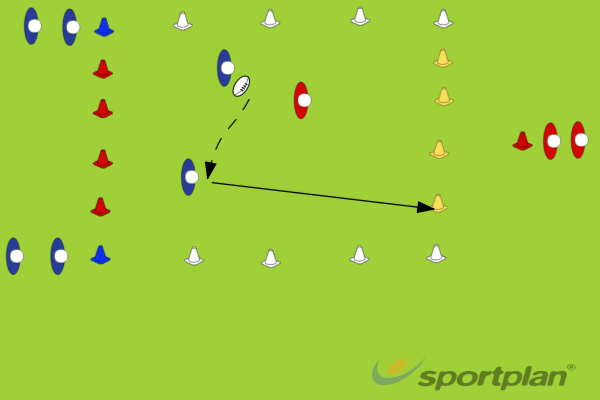