Dependant on numbers: 1 or 2 Games of Touch. Multiple balls to mimic on gainline/behind gainline/lateral.

Rules of game- touched player to go down as if tackled. Compete at breakdown. Alex to Referee. Strict Refereeing of breakdown. If penalised or error made drop out to 'Skill Zone'.

Players encouraged to decision make whether or not to compete for the ball depending on firstly where they are in terms of the gainline. Multiple balls used to mimic on gainline/behind gainline. If they have go forward the team can choose how many to place into the ruck to secure.

Then play in zones. Discuss why zones are significant to decision making in contesting the ruck

Coaching Points: Body Position into contact, chest parallel, head up, hips low. Hitting low to high, stay on feet. If late but worthwhile competing what other techniques could they use.

Skill break out Zone. 2 players. 2 sets of cone to right, 2 to left. Tackle tube with ball in the middle. Players to be sent around different cones. If they are first to area- tackle and up to compete for ball. If defender arrives quickly, around first cone. Tackle tube will encourage players to come through gate, timing of arrival of player will hopefully encourage them to decision make when to compete. 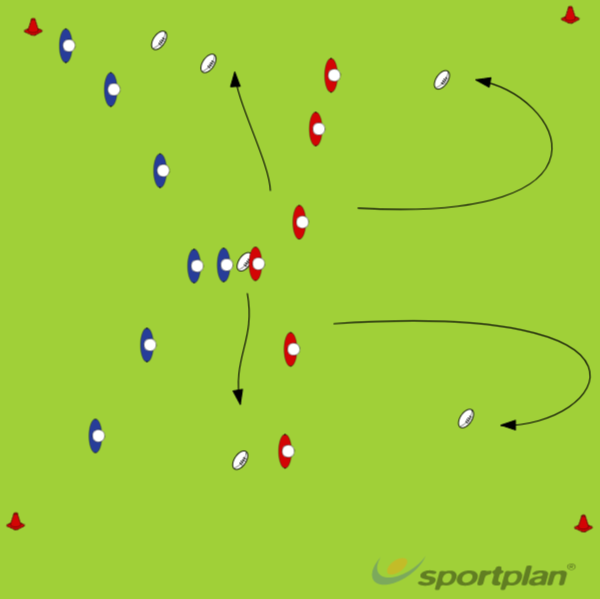