Understand how to advance the standard sidestep.

1. Set cones up in a zig zag pattern.

3. They then run towards first red cone.

4. At the first cone the step and push of left foot to the second cone.

5. The second cone you then step and push off right foot to the third cone.

6. Thge third cone you then step and push off with your left foot to the fourth cone.

7. At the fouth cone they straighten and push to accelerate forwards.

- Start slowly without the ball and focus on foot positioning.

- As they start to understand the step increase the speed.

- Then add in a rugby ball.

- Then add in a defender to create pressure.

DON'T FORGET TO PRACTICE BOTH DIRECTIONS! 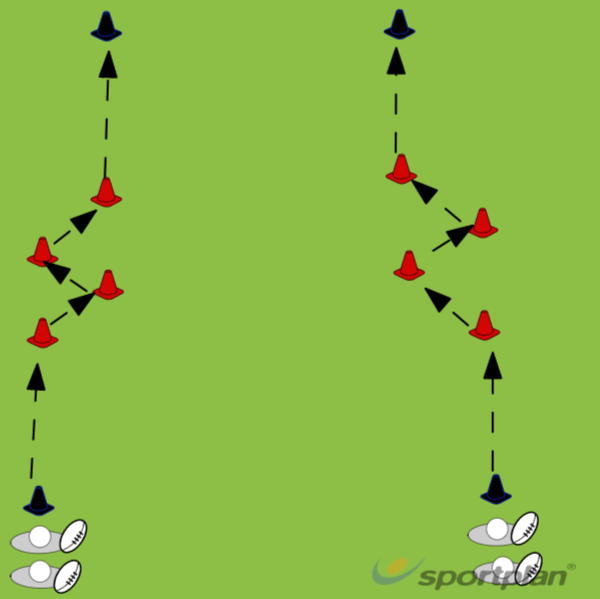