Develop Accuracy and strength of pass.

Set up a big enough area for the amount of players you have. Within that grid set up four different coloured boxes in the conners.

1. Players are split into two teams.

2. Players are allowed to move and pass in any direction they like.

3. The team with the ball has to try and score in one of the coloured boxes to get a point.

4. When you score that team keeps hold of the ball. It gets turnedover if a knockon or 5 touches occur.

5. Only one player from each team is allowed in the coloured boxes at any one time but only for 10 seconds.

6. Add in stipulations in the ways they move and pass the ball see below for some.

-Over Head   -From Knees

-From Toes   -Through Legs

-Round back before pass

-All players have to touch the ball 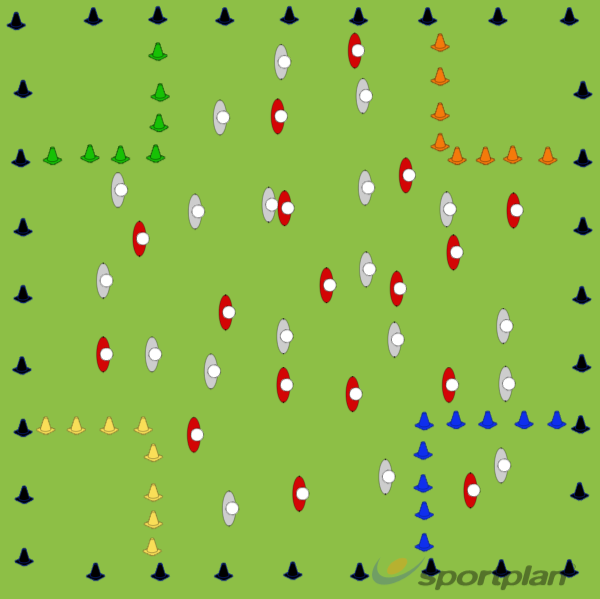