Players start on three man teams on one side of court divided down the middle.

Play is initiated with setter tossing ball to passer.

Players must get desired three contact combination per side then progress to next three hit combination.

Initially, all players have the same role throughout until complete circuit is completed, then rotate positions. 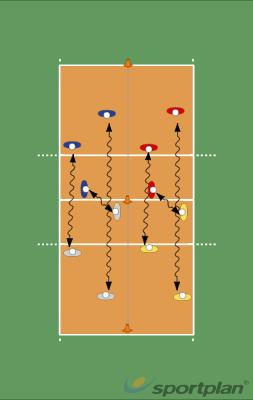