Blue and white cones: The player will dribble up to the blue cone in a low stance with knees bent and there arm bar up. Once the player has reached the blue cone they will retreat dribble back to the white cone and do a crossover.

Orange cones: The player will do an in and out dribble through the cones, once they reach the end they will finish it with a jump shot then turn around and do it back with the other hand.

Red Cones: the player will start by faking to shoot the ball then using one power dribble to get to the other cone, they will continue to do this until they reach the end where they will finish it with a layup.

Make sure you demo all 3 drills before the players go and do them.

Make sure players are being explosive and staying low. 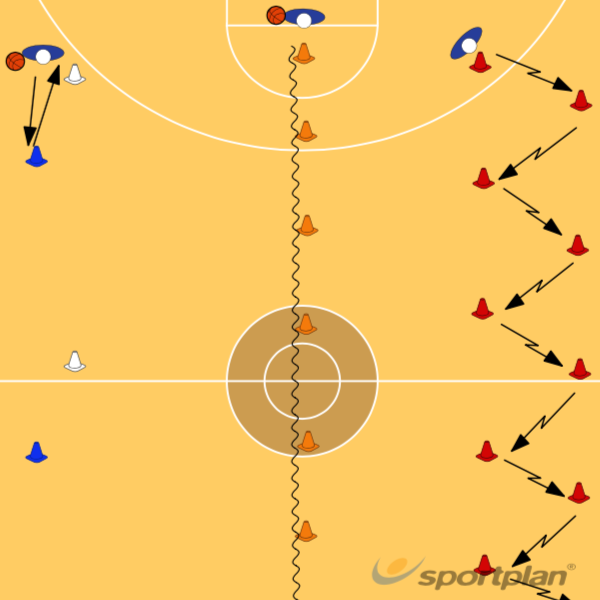 Two ball behind the back cross