This is a really good competitive drill to improve ballhandling, 1 on 1 moves in the open court, close outs, and 1 on 1 defense. 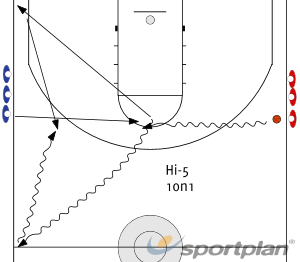