2 teams of defenders (red, yellow) one attacking team. The attack has 2 minutes to score as many tries as possible by passing the ball through their line to cross the line and score. After scoring the attack must turn around and attack the other defending team. No stopping, just a constant attack and defend.

Once the try is scored, or a tag is made, attackers turn around and attack the other defending team. Defenders may move up as soon as the attack starts moving towards them.

Attackers must work together to create space and use their numbers advantage wisely.

Major points for the attackers:

-Focus on the task

Defends will have less numbers than attack so will need to work together to stop the attack.

-Focus on the task 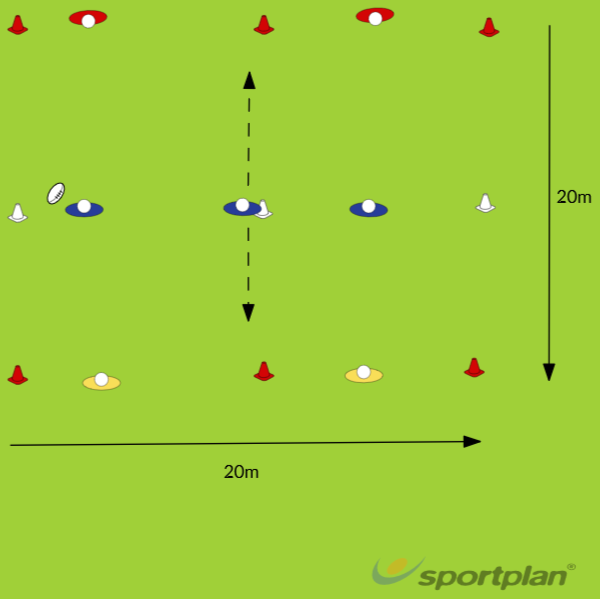 Kick and join the attack 5 v 4

Out The Back Passing