-make sure they go both directions.

-make sure first touch goes in the direction they want to pass, rather than just stopping it dead and having to one body round the ball to pass.

-work players hard but give plenty of rest, minute in the middle then swap with someone else.

-if numbers aren't right to do a triangle a square will work just as well. 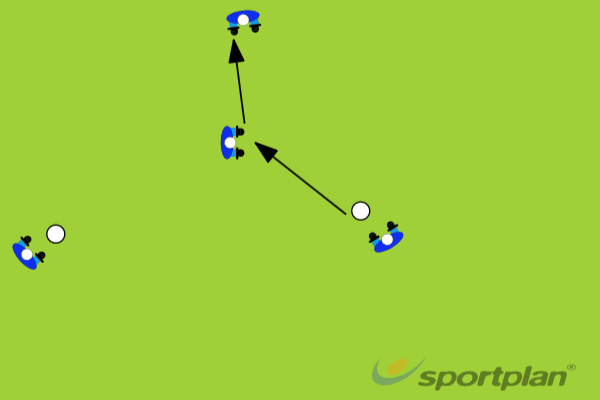