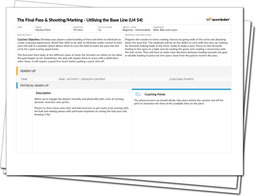 NEW CONTENT The last of the Final Pass & Shooting series gets your team utilising the baseline to attack with real threat.

Recognising when to carry and when to pass is the difference between fine attacks and a break down in play, particularly in the tight spaces of the attacking circle.

After a full physical warm-up, the session recaps and introduces some aspects of the elimination series, focussing on the players technique to beat the defender to push the team forward and create the next passing option.

The main practice then works on your players movement on and off the ball within the pockets of the circle down the baseline. The practice initially encourages players to carry with eliminations before getting their eyes up to look for the pass to a leading attacker at the penalty spot area. The lead from the attacker is just as important as the pass, therefore really emphasise their movement. The practice uses both sides, letting the players recognise the vital parts of both sides; where they position their feet, how they carry the ball etc. The final progression introduces more complex leads for the attacker in the circle to get them moving their defender before jumping in front for the pass.

The final conditioned game see?s a smaller pitch with the two D?s very close. The tight area will emphasise when best to pass and when to carry to space or eliminate. 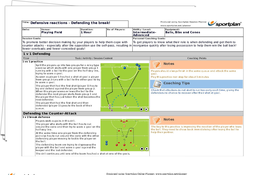 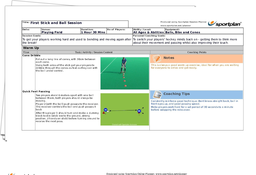 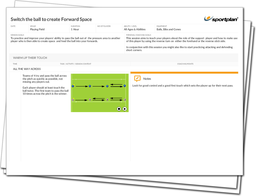 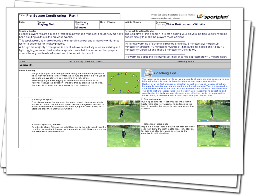 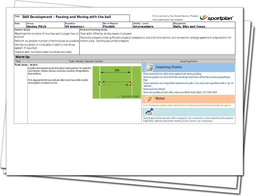 Skill Development - Passing and Moving with the ball

Continue your growth into the new season by rediscovering the basics to create a foundation to build upon. It?s all about getting your touch, zipping the ball to your teammates and finding your level again to go into the first game at your best! 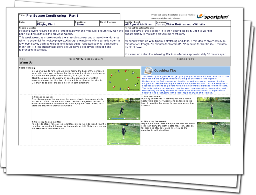 Finale to Pre-season Conditioning Training - Keep the energy levels high and build up your players? tolerance to lactic acid, ready to endure the new season.