1 v 1 Confidence - Running with the ball 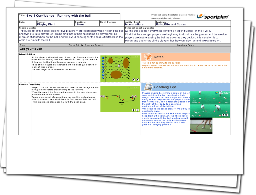 At this point in the season you might find that the stronger players in your squad are beginning to dominate the games and the weaker players are not as confident on the ball, giving it away cheaply. Give everyone in the team the confidence to be able to beat and player then move the ball on. Once everyone is happy on the ball, the team dynamics will see everybody fitting in perfectly.

Warm up with dynamic movements and exercises before moving onto the technical practices which develop players V-drags and 1v1 skills in a competitive environment to put some extra pressure on the players as well as bringing a fun aspect to the session. The final conditioned games encourages 1v1 skills to be used, however emphasises that once the player has been beaten, players should be looking to move the ball on and reposition for the next pass.

Give your players more confidence when carrying the ball and taking players on, so that when they?re next on the ball, they?re composed and willing to take it under pressure, beat a player then move it on.