3 teams on the court. One team is the attacking team, and the other two teams are defending in the opposite halfs. Attacking team have to try and score in one half, if they are successful, they inbound the ball and dribble up the court to take on the other team.

If the defending team get the ball, then they take the ball up the court and take on the other team. They are now the king of the court.

Team that is in the middle at the end is the "King of the Court". 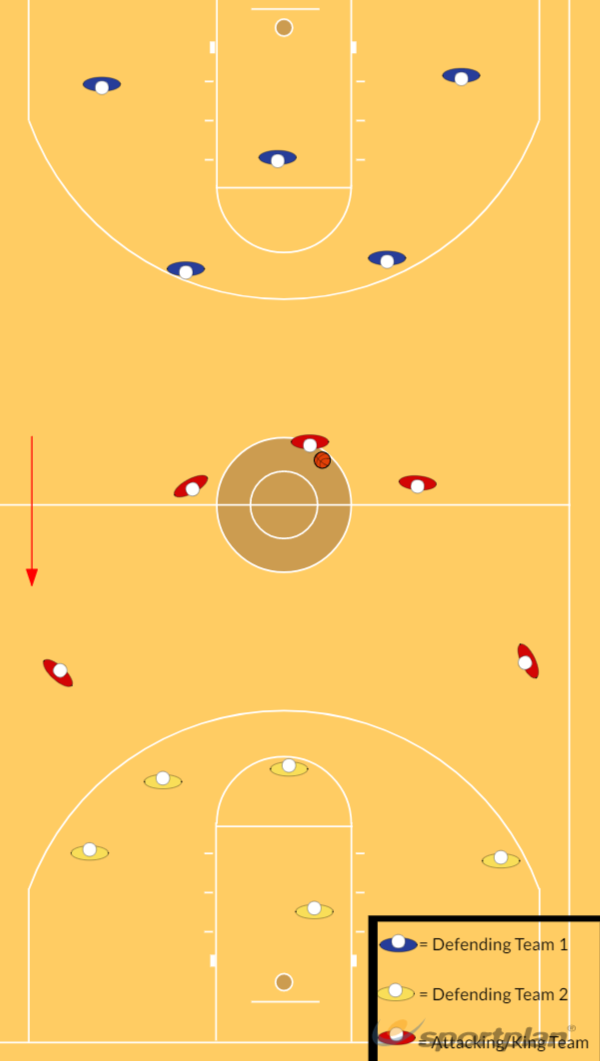