*Can be played on both sides, direction depends on the defense (could be designated with a call for each direction)

12 and 13 split and line up with extra distance from the 10, wings on their outside

depending in direction of play, 10 takes the ball at an angle

center runs a switch with the 10 to bite first defender

wing runs support with the 15

-here the backs split and attack to one side

-optimal if used against a defender who is worse

i.e attack the side with the weaker/less skilled defenseive winger 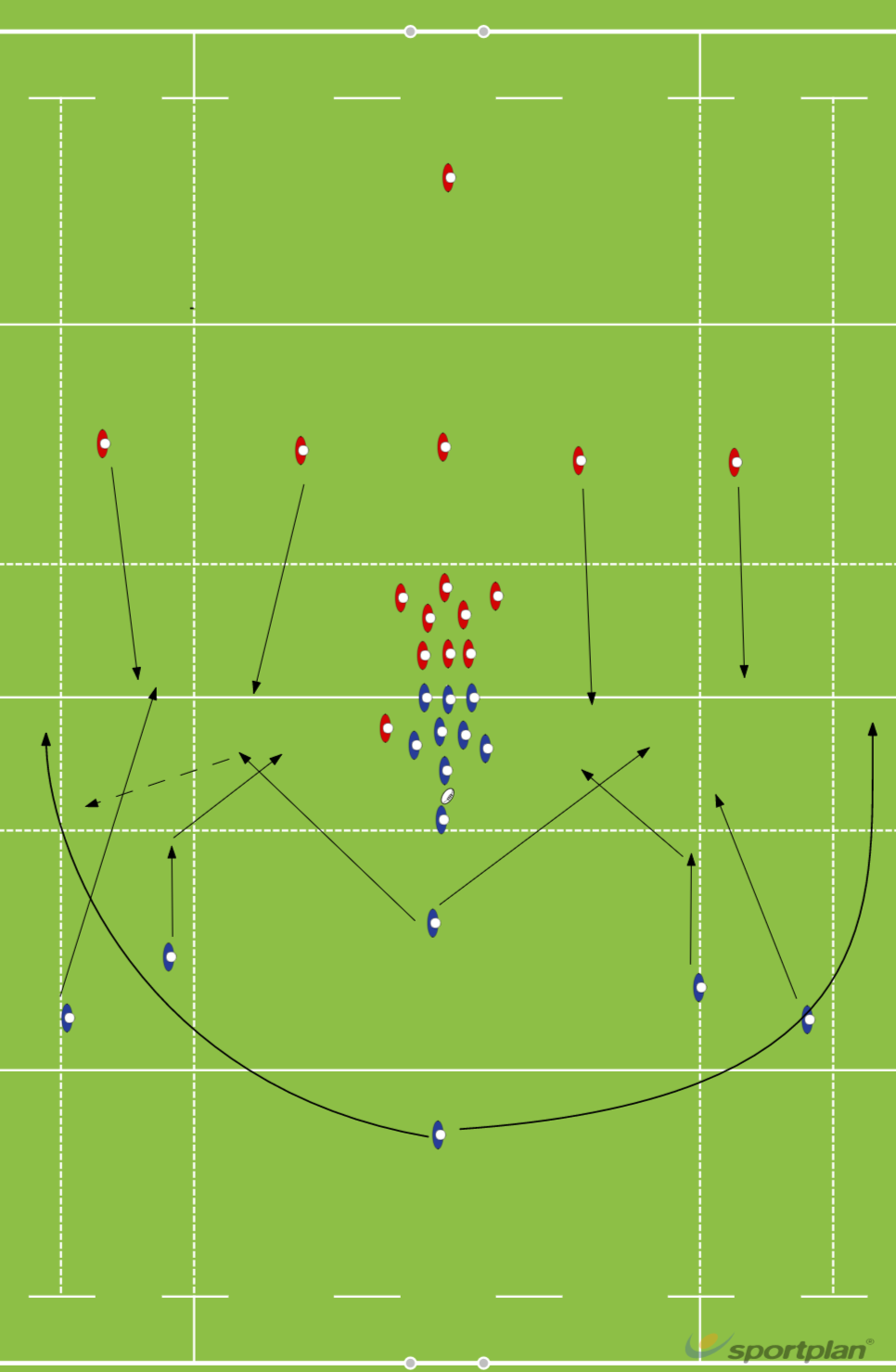