king's court, winner stays, sidelined team joins quick to defend opposite side that offence just scored on. Offence can attack the other side instantaneously after scoring. on a stop, ball must start no closer than halfway point(team who made the stop attacks). new defenders join in no farther than than 10 meters from their own goal line(same as after a score).

put a timer, winner does no fitness, lower two scores do some kind of fun fitness. if work rate is high, no fitness.

Loser's Lane - whoever gets scored on, is stuck and has to continually play defence until they make a stop, on a stop, defence switches out, team who was stopped becomes defence, limbo team becomes offence(must start no closer than halfway point). On a score, scoring team kicks across to the new attacking team(must start within 10 meters of own goal line).

team in limbo can be on one side or split on sidelines. no farther than 10 meters from own goalline.

urgency, quick attack in kings court, score as many points as possible. Losers lane, importance of getting a stop. 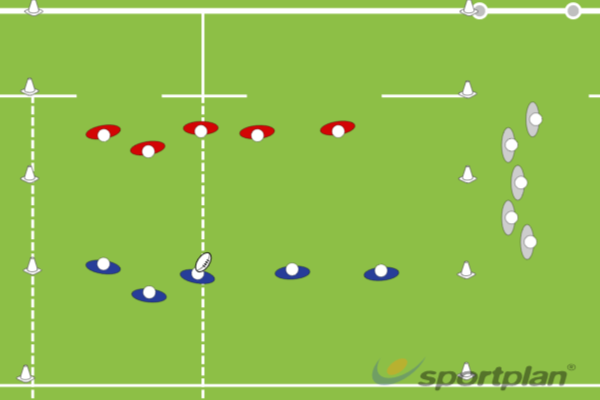