- No specific Role, player can move anywhere in playing area but not in scoring area

- Any player with ball are not allowed to take step

- 6 touches from defender, ball opession will be turn over to opponent

- At scoring area, only one person from  team A is allowed to be in there to received a ball and make a touchdown.

- touch can be done from shoulder below) non aggressice

- Chceking on touch and touchdown 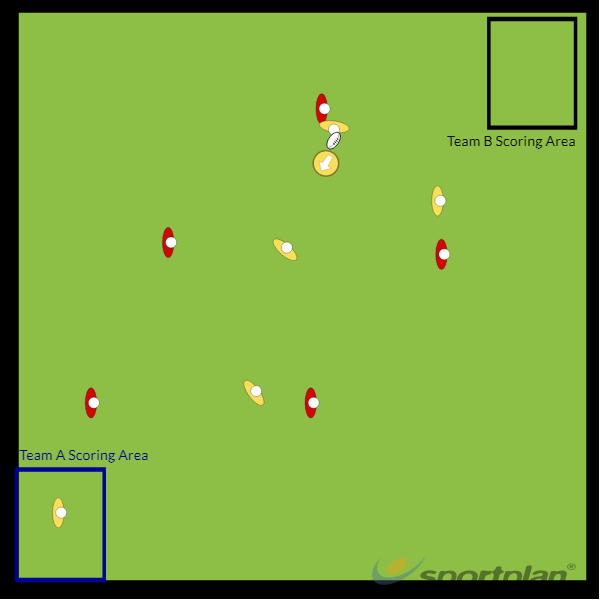