Communication in defence and attack is efficient, effective, and encouraging.

Try to play the game at the highest possible tempo.

Encourage passing over distance and players should jump to catch high balls.

Attackers should move into space, losing their defender.

Attackers should work together to draw defenders away from areas into which the ball is going to be passed.

Defenders should work together to mark attackers, tracking them and closing down space into which the ball is passed.

Defenders should read the game in terms of what they see and head, seeking to intercept a ball.

Passes may be into space for attackers to run onto, rather than to where they are.

Defenders can work together to close an attacker down, making their pass more difficult or impossible. 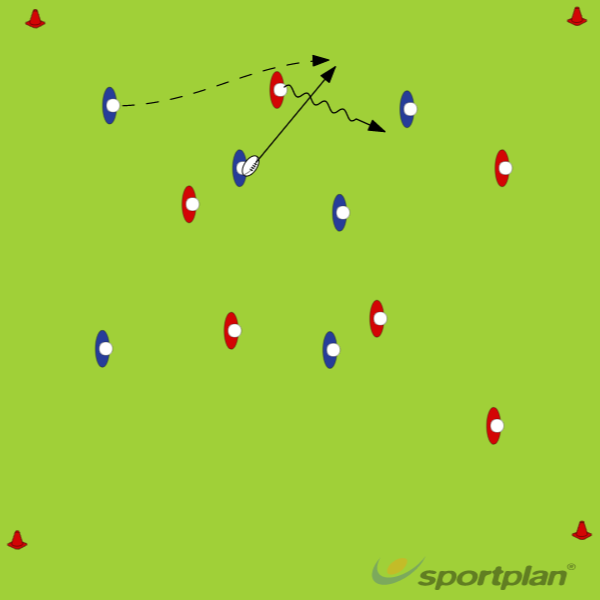