Two teams - one more player  attack than in defence.  All players are allocated a lane that they must stay in. Initially the extra player for attack is on the wing.  The attacking team must pass to each player on their team before they can score.  It is up to the attacking team how they do this.  If a player with the ball gets touched then the game starts from beginning again.

Can cange game by changing  that defender is missing.  Let attacking team work out how to resolve this.

or have same number of attackers and defenders, but have one empty lane.  Only one of the attackers can move lanes 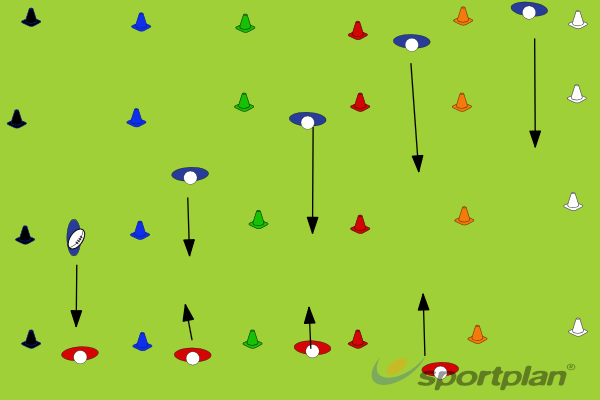