To build confidence each type of tackle and build up players spacial awareness and ability to beat the defender.

2. Then set up 3  white cones which defenders will be on so one by try zone, one 10m away opposite corner and one half way betweeen try zone and cone 10m away.

3. Then put a blue cone 2m behind the furthest white cone.

4. You can set a few of these up and split players into groups of 4.

5. Have 3 players as defenders on white cones and an attacker on blue cone with a ball, standing with back to drill.

6. Coach then points to which person will be making the tackle, the defender can not leave cone until attacker starts running but all most look like they will make the tackle.

7. On the word go attacker turns and runs as quick as possible to the try zone. 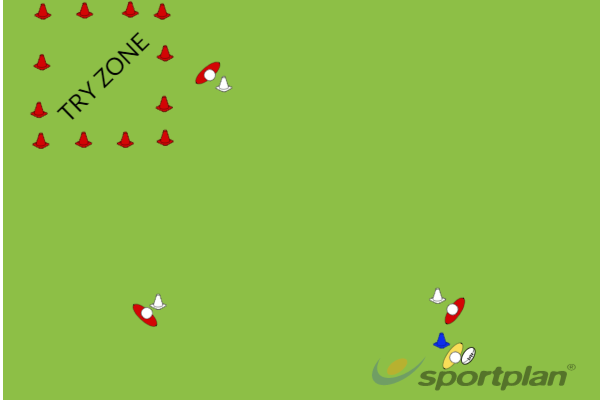