-Set up a backline and have them run from a scrum half pass as if they were attacking from a scrum
-Use cones as markers where each player starts and to mark out a line level with the scrum half.
-Repeat the exercise several times and check where the players are catching the ball. The chances are they are catching it around the front line of cones. (This is fine if you just want one pass to a runner to set a midfield target. However if you want to move the ball wider, there will not be enough space. By the time the ball gets to the third player the defence will be on him.)

-Now lay down a second line of cones where you want the players to receive the ball. This should be a maximum of two metres from the first receiver's starting point.
-This time the players have to catch the ball before they get to the front line of cones. The result is that the ball can be moved wider more quickly and players can run on to the ball at pace.

Now you need to put the back line under pressure with a 4v3 exercise. However, make sure the three defenders stay in their channels so the fourth attacker is always in space. This way the attacking team simply have to get the ball to the last player to score. 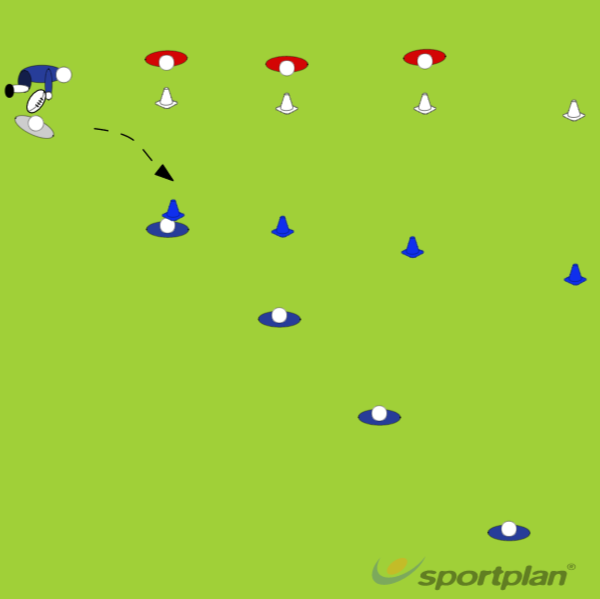