-A ball carrier starting on the green cone side steps their way through them.

Another player, starting at the corner, runs around the first cone and then chases down the ball carrier, to perform a tackle from behind.

After making the tackle, D gets onsides and poaches ball

-Add on after a while: Yellow player starting on midway grid must run around corner cone and 1st green cone but can then support O player

What to look for in this rugby drill

-Encourage O player to get up if ruck has not been formed. This will work on O being alone after a breakaway being tackled but making a good decision. 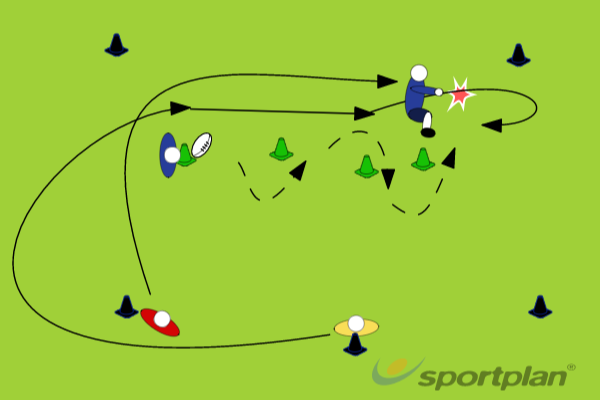