Goal; repeat when defender /when attacker.

* Score by playing to player in end zone

* player who passes to player in end zone, takes his place.

Endgame Rule:
1. if attackers take free hit but not standing wide = ball for other team.

End game points:
* if a player from the defending team isn't showing he is a defender, then 1 pnt to attacking team.

When attacker : if your team has got the ball.

How do you show you are an attacker:
as players you make the turf wide + long. it also looks like a bomb exploded when your team gets the ball.

Reason wide /long turf: then the opponent must defend lots of space= they get easily tired which makes it easier to score.

When Defender: when your team doesn't have the ball.

How do you show you are a defender :
1. One pp goes quickly to ball and pressure the person with the ball.
2) rest team run quickly to an opponent and go marking him . 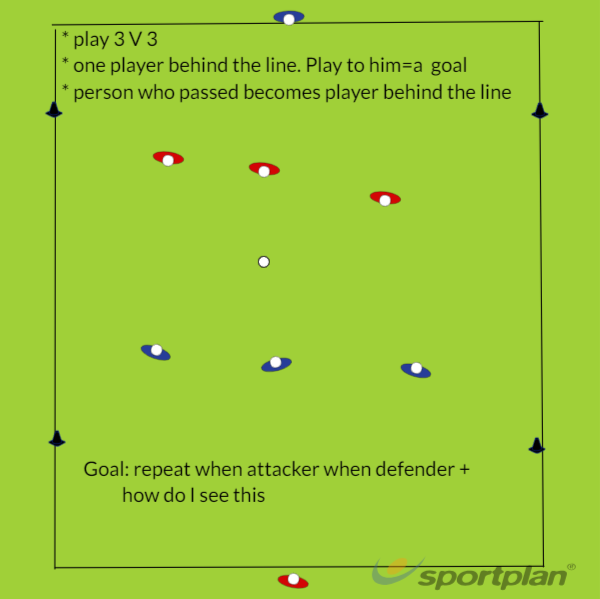