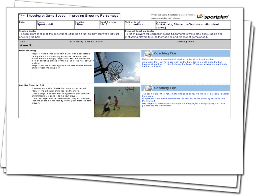 Did you know that the average speed for a basketball shot might only be 5 miles per hour but it's the speed at which your players get it up the court that counts!

When it's time to beat the buzzer, you need to know that your players have the composure and ability to score that all important winning shot.

This session is filled with various drills that work on your players speed, decision making, shooting technique and reactions. The drills will have your players competing against each other and working as a team to ensure that their shooting and points percentage increase.

like Michael Jordan in his prime!
Session Ratings: 1 rating with 1 comment (see below)
Session Comments:
Improve Shooting at Game Speed.