Use three guards and three post players. You can divide your 12-man squad into two groups and use both ends of the court.

O1 is at the point. Place two defenders just above the elbows (like against a 2-3 zone). Put a defensive post in the middle of the lane, and two offensive post players half way up the lane on each side.

Your point guard (O1), will dribble penetrate and split the two defenders and pass to either post player. The X3 defender will try to deny this pass. The receiving post player can either shoot, make a power move to the hoop, or dish off to the opposite post, who finishes the lay-up. 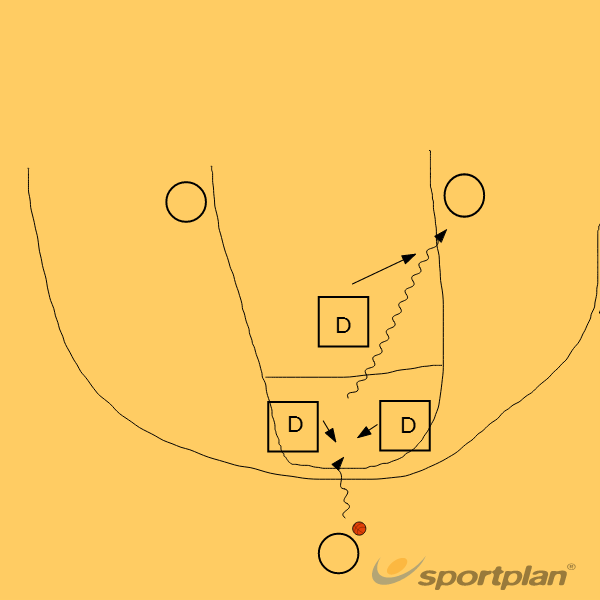