My session is a football defending drill. For the first ten minutes of the session, we will work on 2v2 so that we can focus on the coaching points of defending. We will look a the shape of the players, when they need to press and when to hold and where their teammates need to be positioned if they commit to an attacking player. This will lead us into the game based scenario.

There will be two teams of 7 with one goal keeper. There will be two wide channels outlined by cones. Both channels will have one player from either team in that area. The session will run with one attacking team and one defending team. The attacking team will attack the goal and they have two target players, one in each channel. They need to pick out these players to spread the play out wide before they can score. The defending team will have one defender out wide in each channel and the players in the box will need to sort out their shape and positioning to defend the ball. If the defenders win the ball back, they need to use their wide players to get the ball across the half way line. 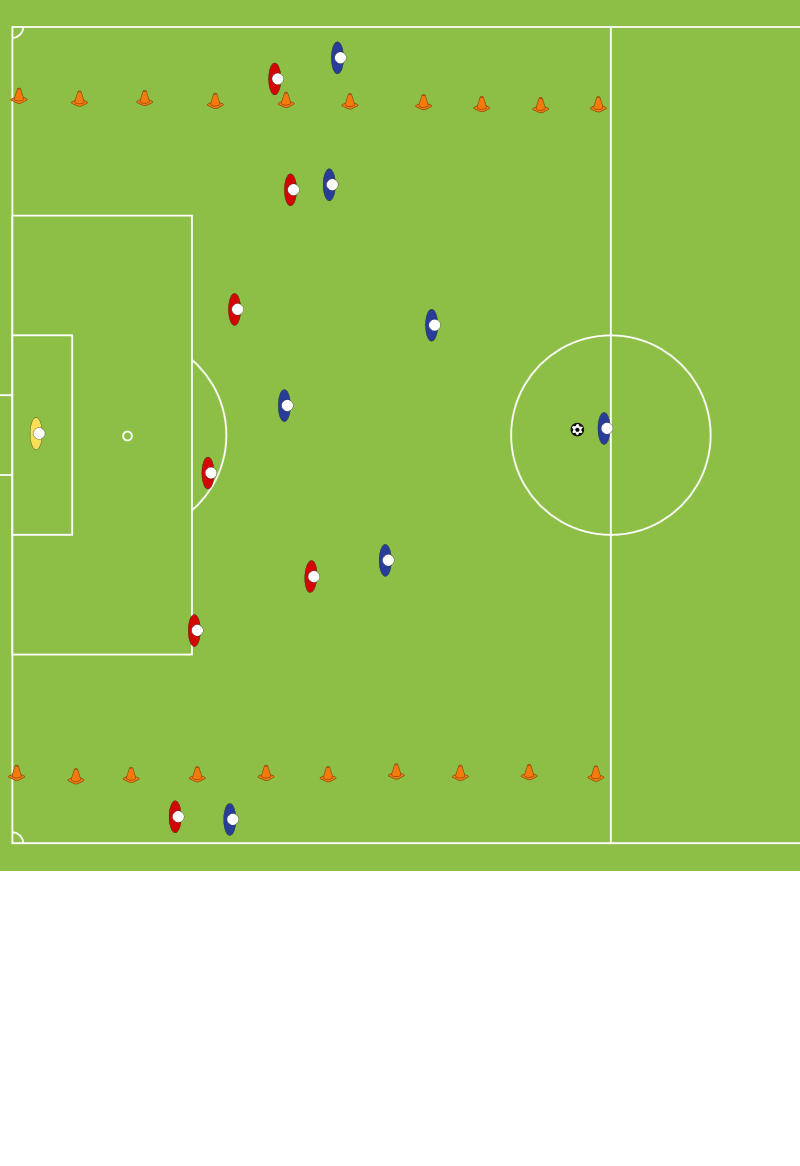